skip to main | skip to sidebar

Dancing With The Stars is back! 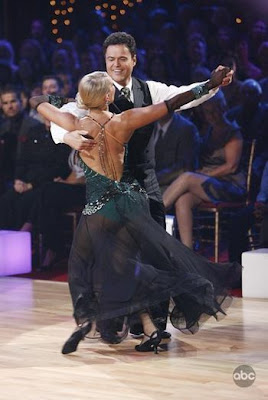 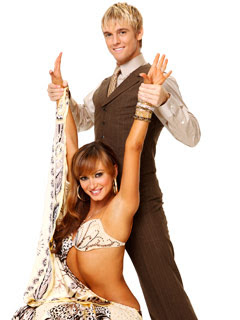 Last night was GREAT because “Dancing with the Stars” is finally back! The season premiere which aired last night was bigger than ever with 16 contestants hoping for the coveted Mirrorball trophy. Season 9’s first week’s competition is split into two parts. Last night the men competed against one another and tonight the women will show off their stuff.

After Monday’s competition it seems like Aaron Carter and dance partner Karina Smirnoff took the lead and very close behind them was Donny Osmond with his beautiful Aussie partner Kym Johnson. And to his credit, Donny was quite the performer. Not surprisingly, he had tons of female fans in the audience.

Tied for last place was NFL hall of famer Michael Irvin and Ashley Hamilton (son of the “tan man” (and former “DWTS” competitor George). While voters typically respond to against-the-odds stories like Ashley’s recovery from a devastating motorcycle accident, it's hard to tell if that'll be enough to save the younger Hamilton from being eliminated this week. I wanted him to do better but he needs a lot of work! Michael Irvin had the same point total, but “DWTS” voters love their sports stars. Good luck guys!!
Posted by Sunset Tan at 9:09 AM